How might you experience the world around you if you were shrunk to the size of an atom?

The Difficulty of Teaching Quantum Mechanics

Quantum Mechanics (QM) is the foundation for science and engineering disciplines as diverse as semiconductor physics, chemistry, and material science. However, educators face major challenges in teaching QM given the abstract, non-experiential and counter-intuitive nature of its concepts. Further, introductory quantum mechanics courses and texts predominantly focus on the mathematical formulations of the subject and lay less emphasis on its conceptual understanding. As a result students often struggle to develop robust conceptual mental models of QM concepts.

We are exploring supporting material such as interactive visualizations and games for teaching and learning quantum mechanics. Digital games have the potential to facilitate an experiential and conceptual learning of QM. They can immerse their audience in fantasy worlds unlike those experienced in reality where players can observe, experiment with and get "used to" new rules and different phenomena. Further, the inherently repetitive nature of games is conducive to learning complex concepts such as probability. Check out our games below!

Experience the world of the very small 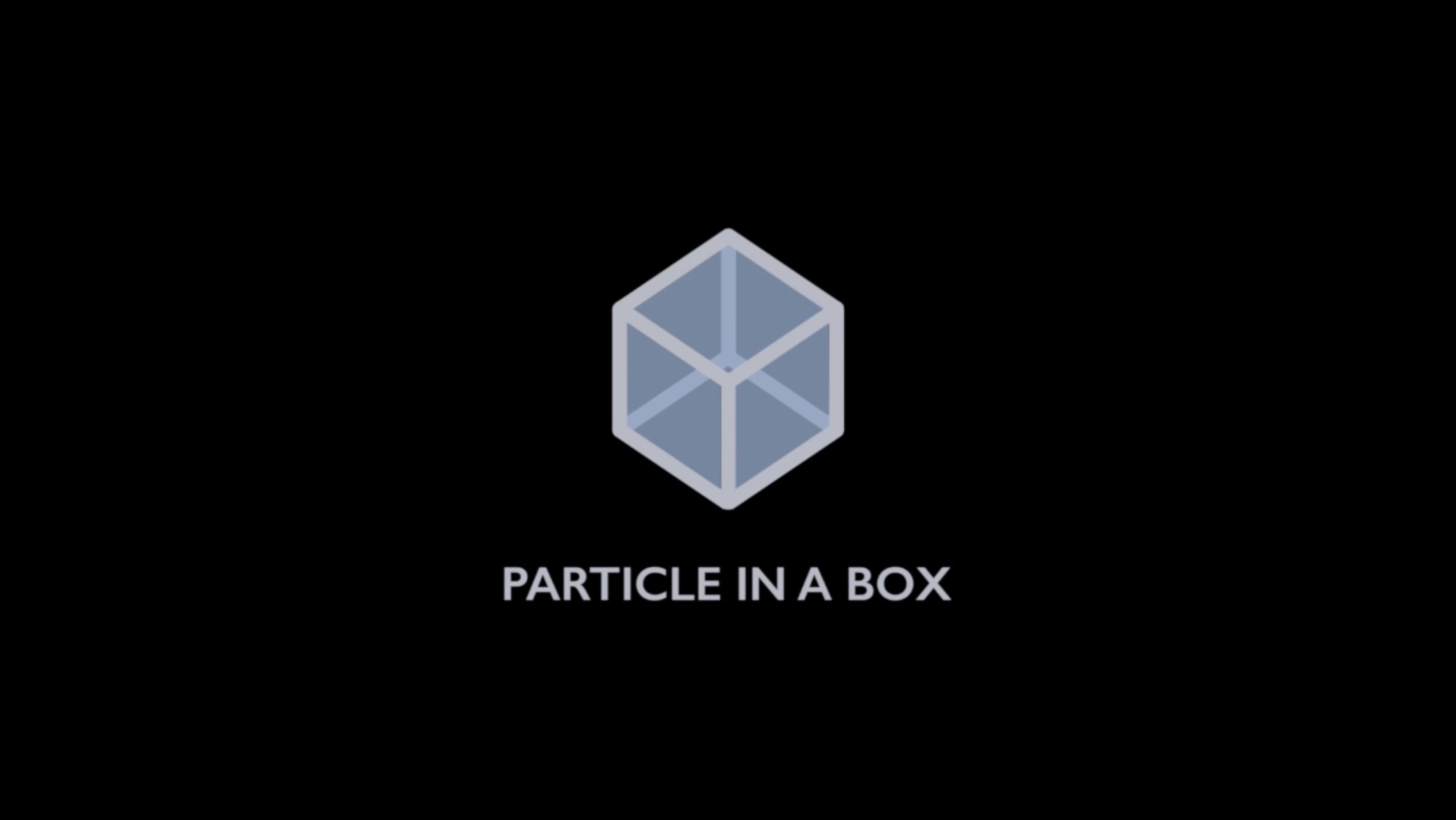 Particle in a Box 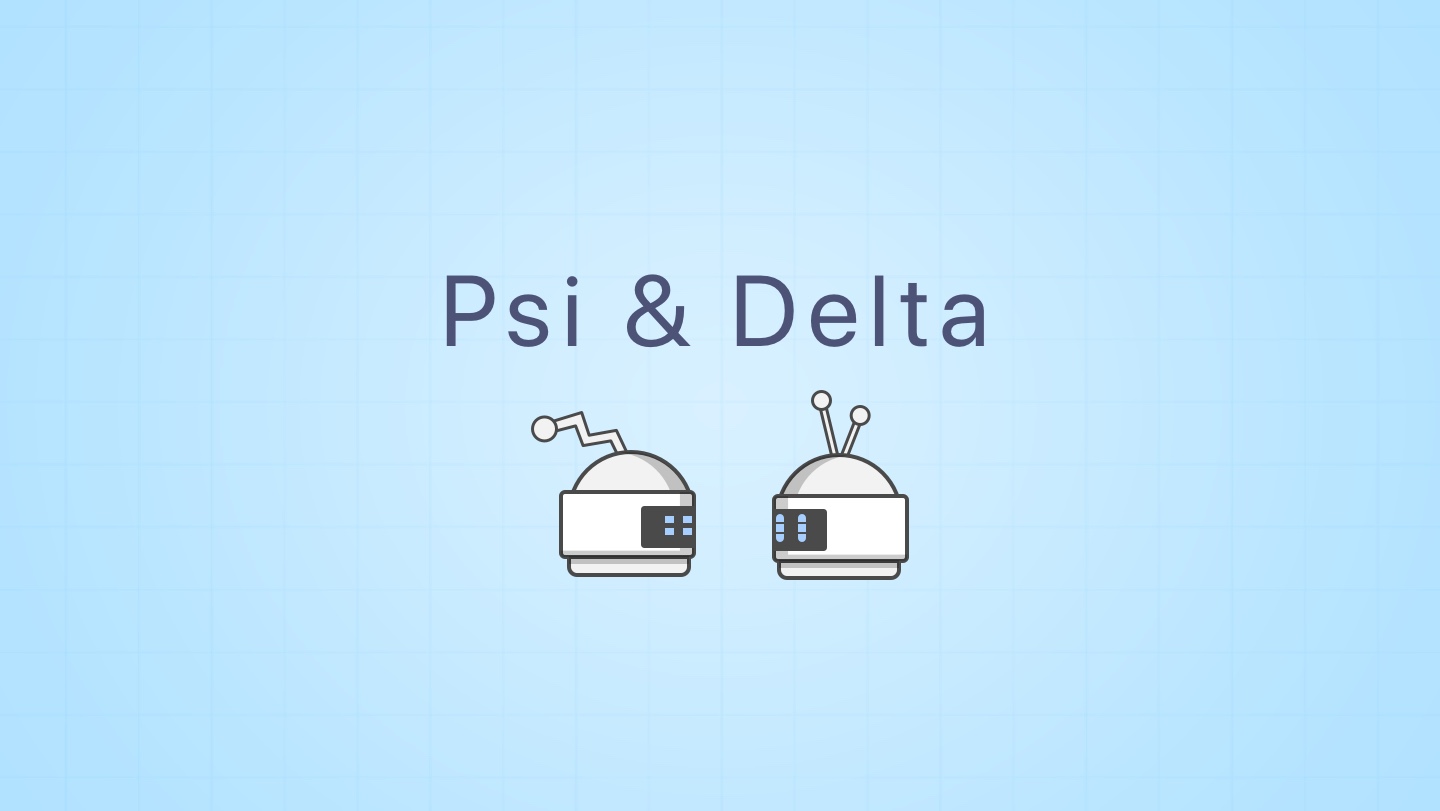 Particle in a Box

Particle in a box is a single player game governed by the laws of Quantum Mechanics that enables you to experience the world of the very small. It combines principles from game design, scientific visualization, and QM physics to create a unique experience that allows players to compare the classical and QM environments and create a virtual environment that engages and habituates students to QM concepts.

Challenges
1. How can the design environment enable students to build on their past experiences and knowledge, while facilitating their ability to break free from it?
2. How can we design an integrated environment that is both scientic and immersive; serious and playful?
3. How can we design a game character that is relatable and gender-neutral, thus breaking free from the stereotypes of a male-dominated discipline?

1. Building on students' past experiences
One first main challenge was to provide a basis for comparison to demonstrate how concepts such as energy, position, and momentum differ across classical and quantum mechanics. The broad strategy of our game is that of comparison. More specifically, the game is divided into two worlds: the classical mechanics world (Fig. 3) and the quantum mechanics world (Fig. 4). Objects in the classical world behave in ways that are familiar to everyday experience, while objects in the quantum world behave unexpectedly.


2.1 Iterative Design Process
The design of the integrated environment followed an iterative process. Many of the game elements in both worlds changed as a result of frequent user testing and discussion. For example, the energy sources in the old iteration of the classical world were “weights.” However, they were not read as weights and appeared to the students as “suitcases.” We then used a different visual metaphor connected to the idea of “lifting weights” in the next iteration. This still did not connect to the idea of the ball absorbing energy. We nally changed the weights to bolts to better represent the idea of an energy source (Fig. 5). This kind of iterative process was adopted for all other design changes to the environment.


2.2 Tutorials
Given the abstract nature of QM concepts and the educational aims of the game, it was important for the game to include simple tutorials that helped players learn how to play the game. In earlier versions, the tutorials were 3-4 pages of text presented before the beginning of each level with each page accompanying an image to explain a key concept (Fig. 6). However, in our evaluations, most students told us that this feature made the game feel more like an interactive textbook than a game because the tutorials hampered the game experience. Our latest iteration presents tutorials as small challenges before the start of each level in the game environment itself (Fig. 7). The tutorial level builds up and explains the environment step-by-step. The player is guided to perform a necessary game action (such as bringing an energy bolt to the ball) to facilitate introduction and use of a concept. Upon completion of the tutorial, the player is left to complete the remaining level, where he must apply the concepts learned, in order to cross the level. Through this strategy, we give players enough support at the beginning to start playing the game while leaving room for explorative learning through trial and error as in other game environments.


3. Neutral yet Relatable Character
The third key challenge we faced in the game design was to design a relatable and gender-neutral character, breaking free from the stereotypes of a male-dominated discipline. There is a large gender disparity both in science and gaming. Research suggests that students might reject a game if it does not respect their gender identities.


New design
Going further, we want to test the effectiveness of this method for concepts of higher complexity. The design has already been incorporated in our next game: Psi and Delta

Psi and Delta is a collaborative classroom videogame that enables students to experience the world of the very small, together. It draws on the theoretical foundations of learning as a social activity and incorporate positively interdependent collaboration where multiple students have to understand the concepts to pass each level. The current beta of the game can be downloaded below.

To provide an experiential learning experience for students taking introductory courses on semiconductor physics and devices, we have developed a series of guided interactive visualizations. The interactions help build robust mental models of the concepts and alleviate the most common misconceptions. The interactions allow to go from parts to whole by adding concepts one by one or move in opposite direction by eliminating various interactions, energy terms, or physical phenomena one by one and observe the changes. 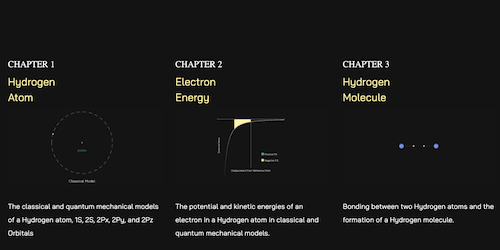 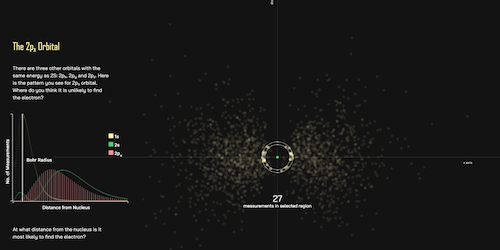 The games are being developed by an interdisciplinary team at Georgia Tech with people from various backgrounds such as Electrical Engineering, Digital Media, and Computer Science. The research group is part of the Design and Social Interaction Studio at GVU. 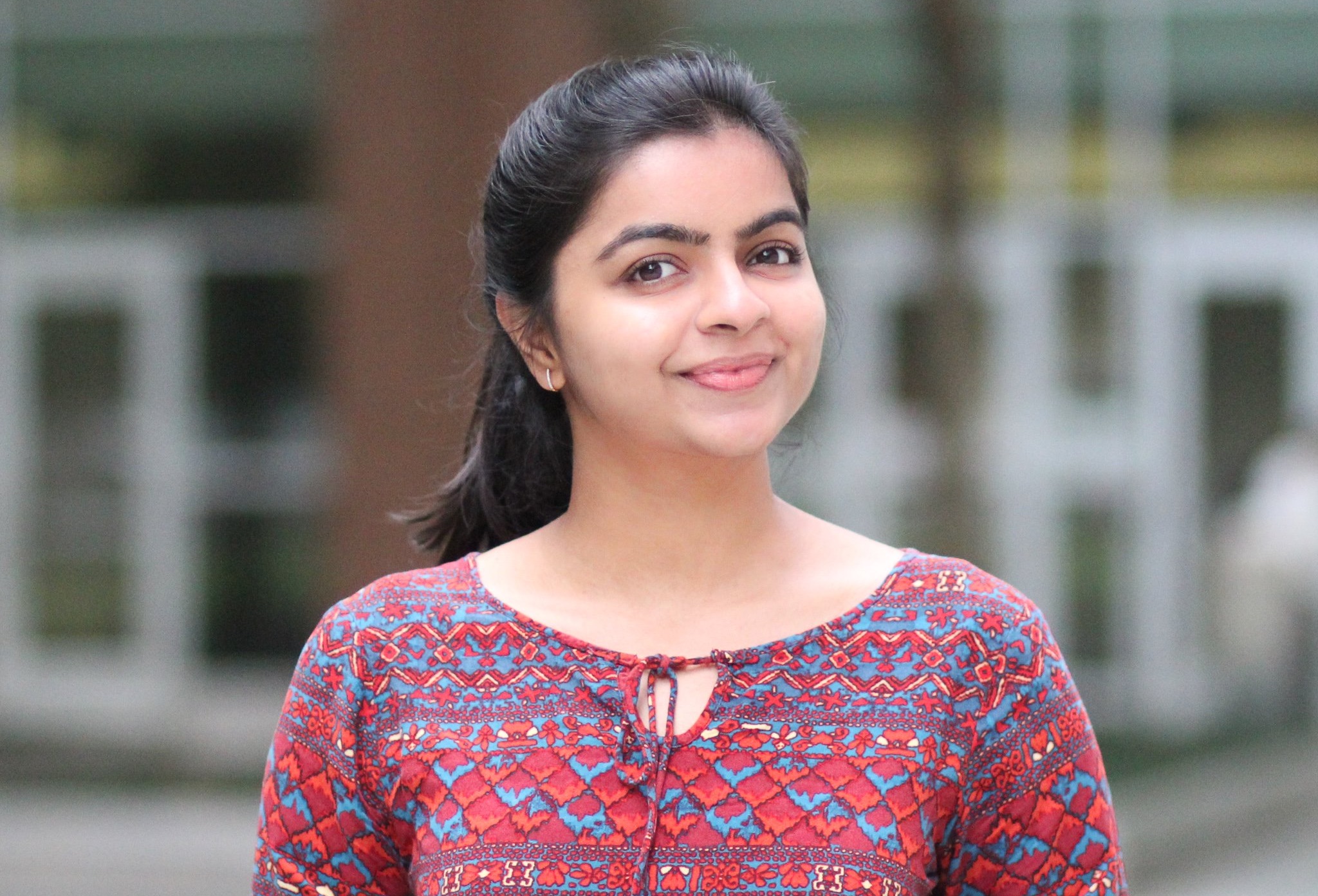 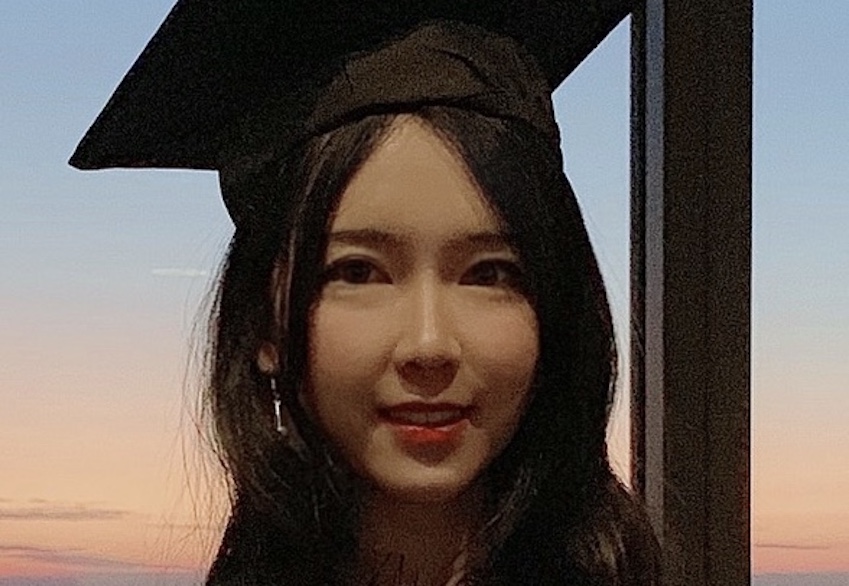 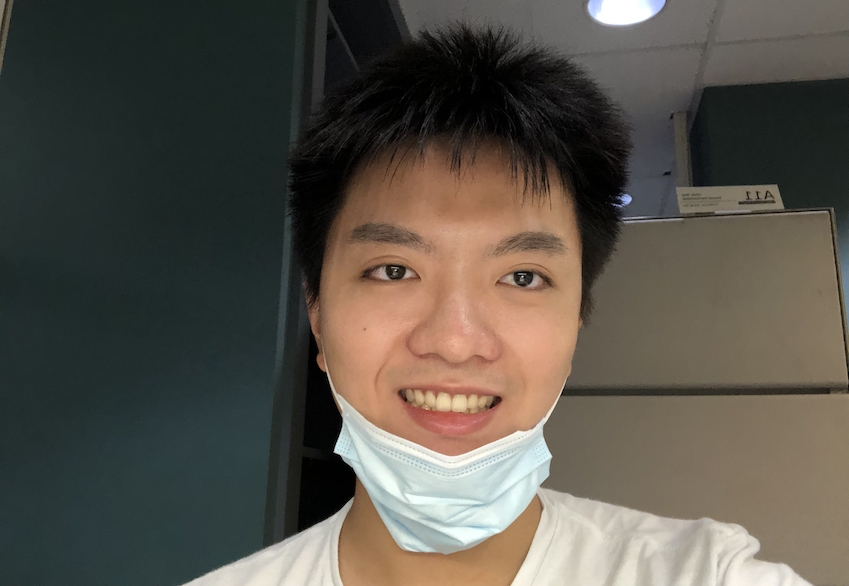 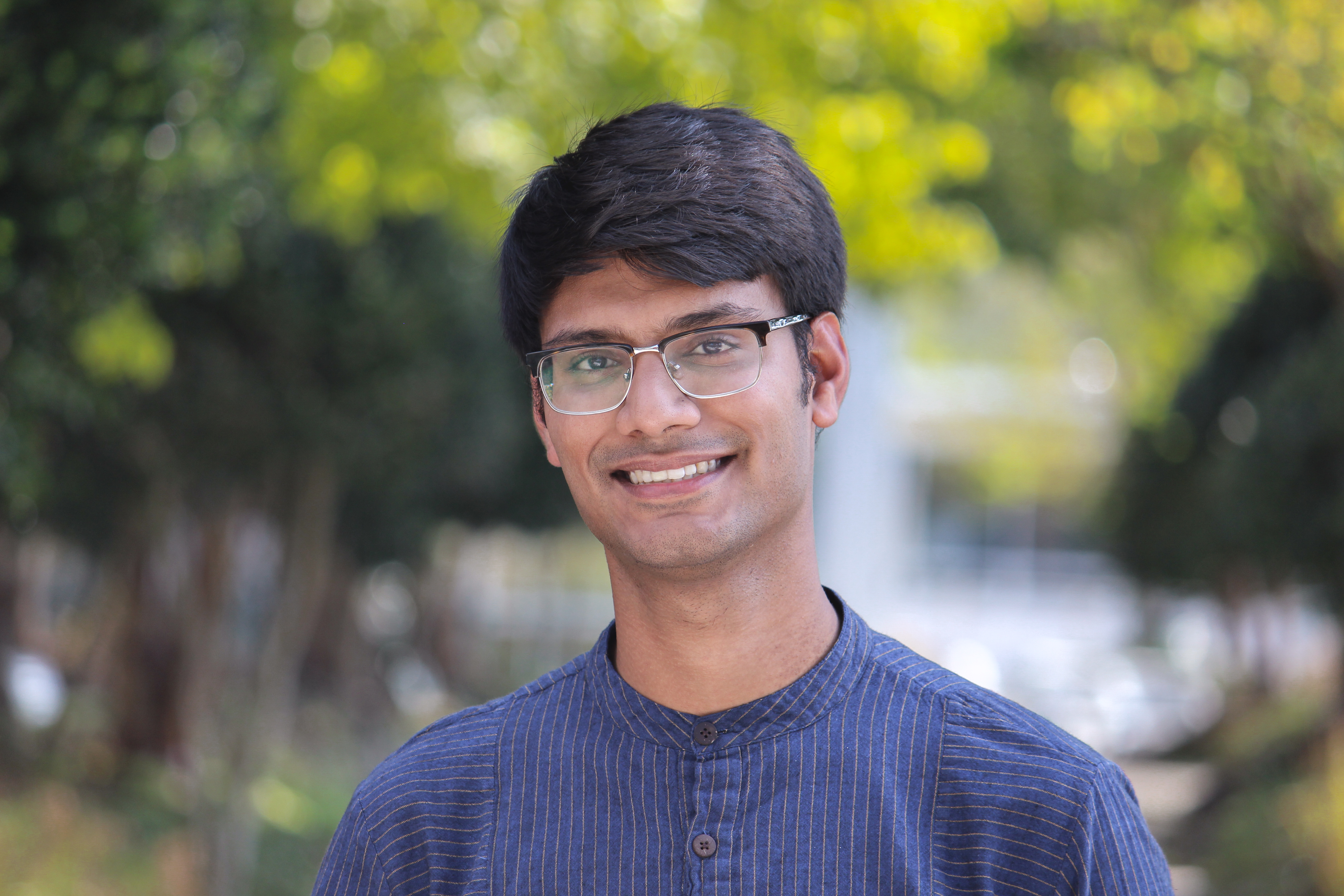 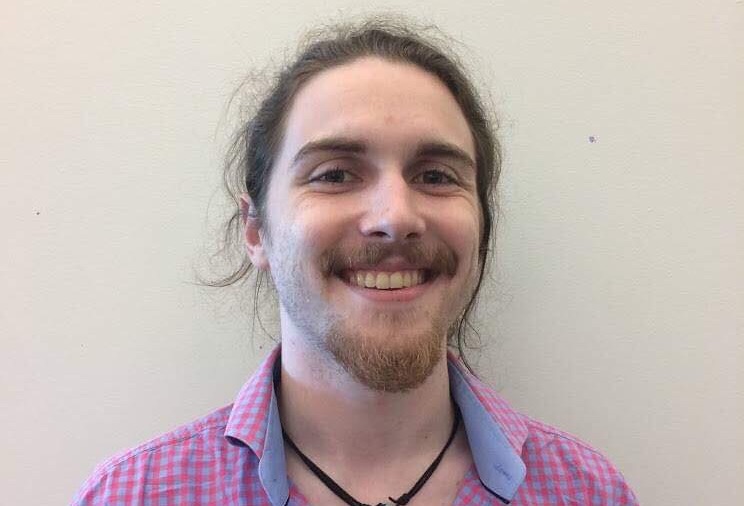 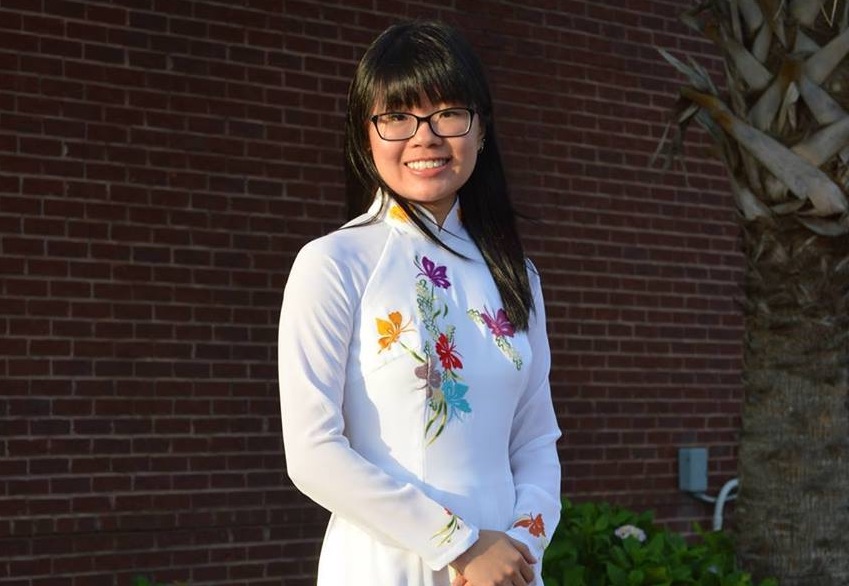 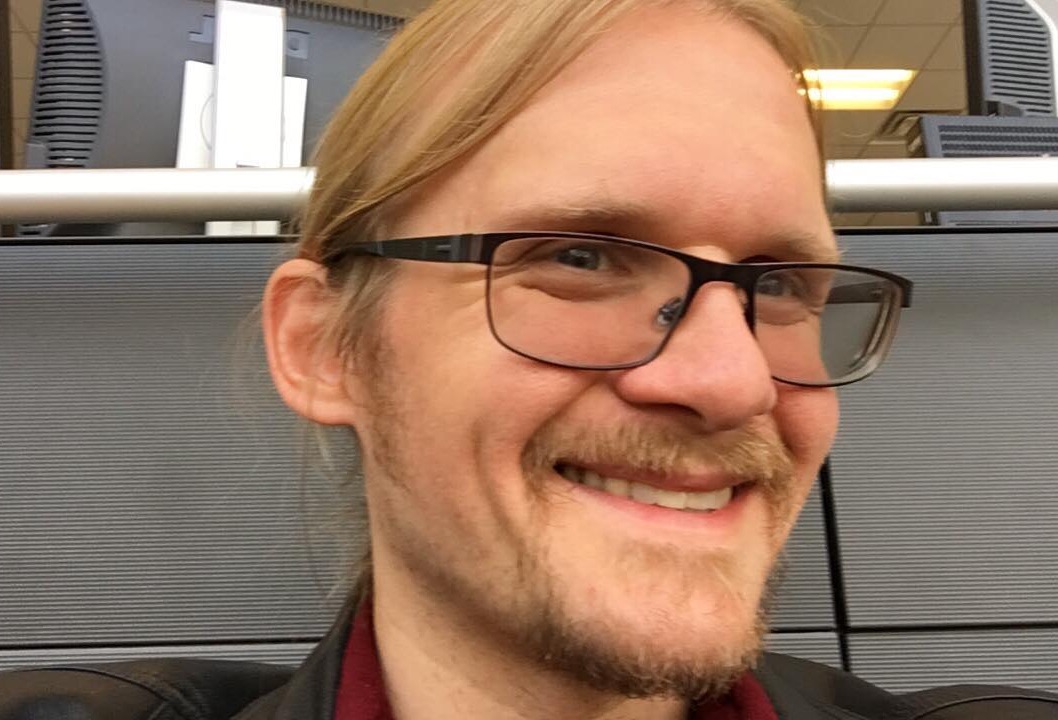 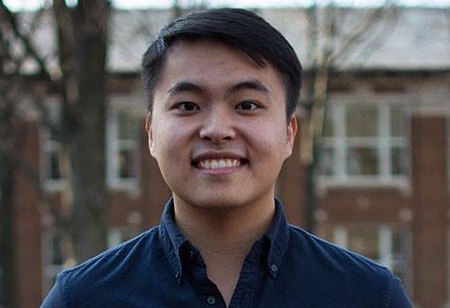 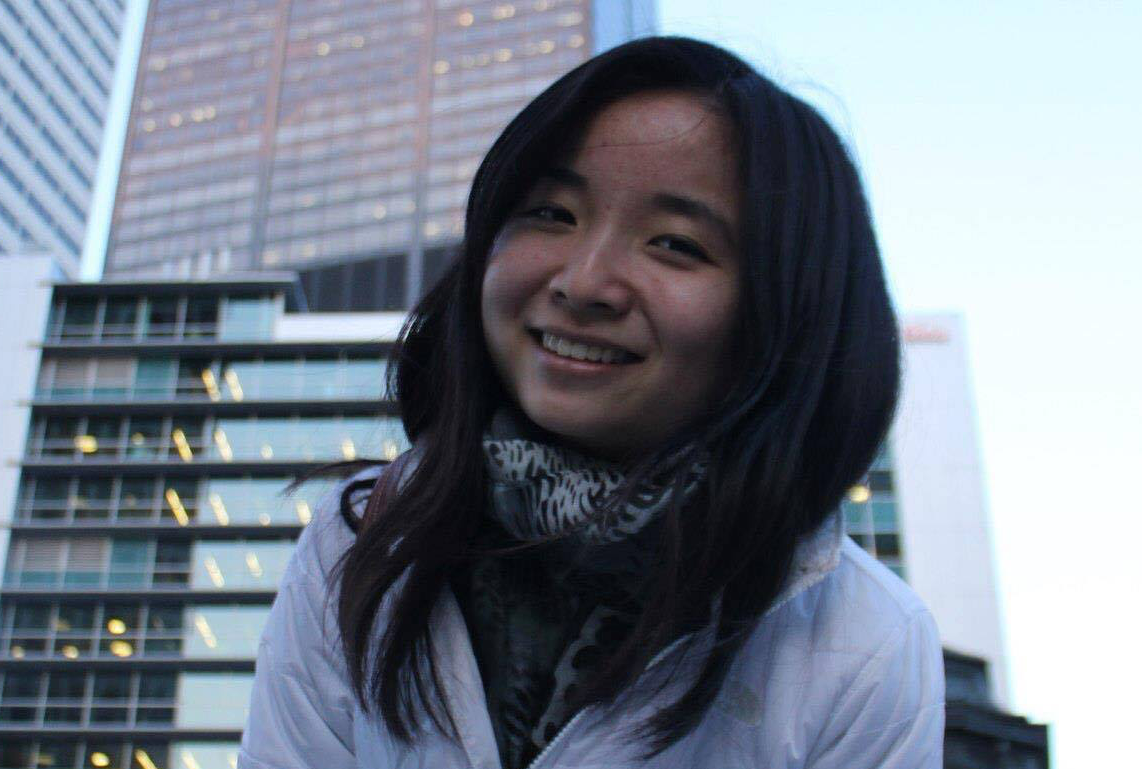 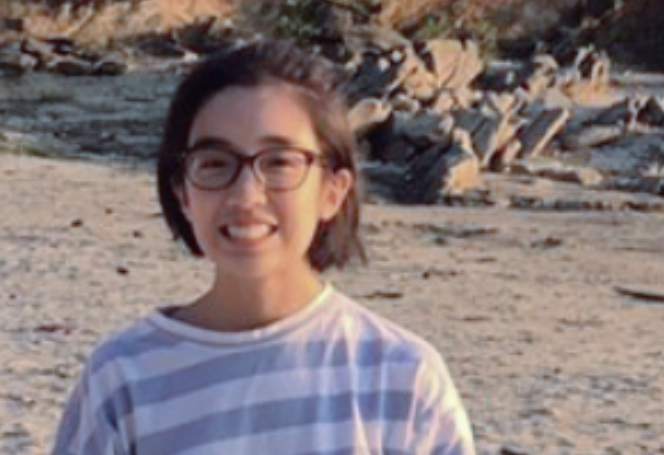 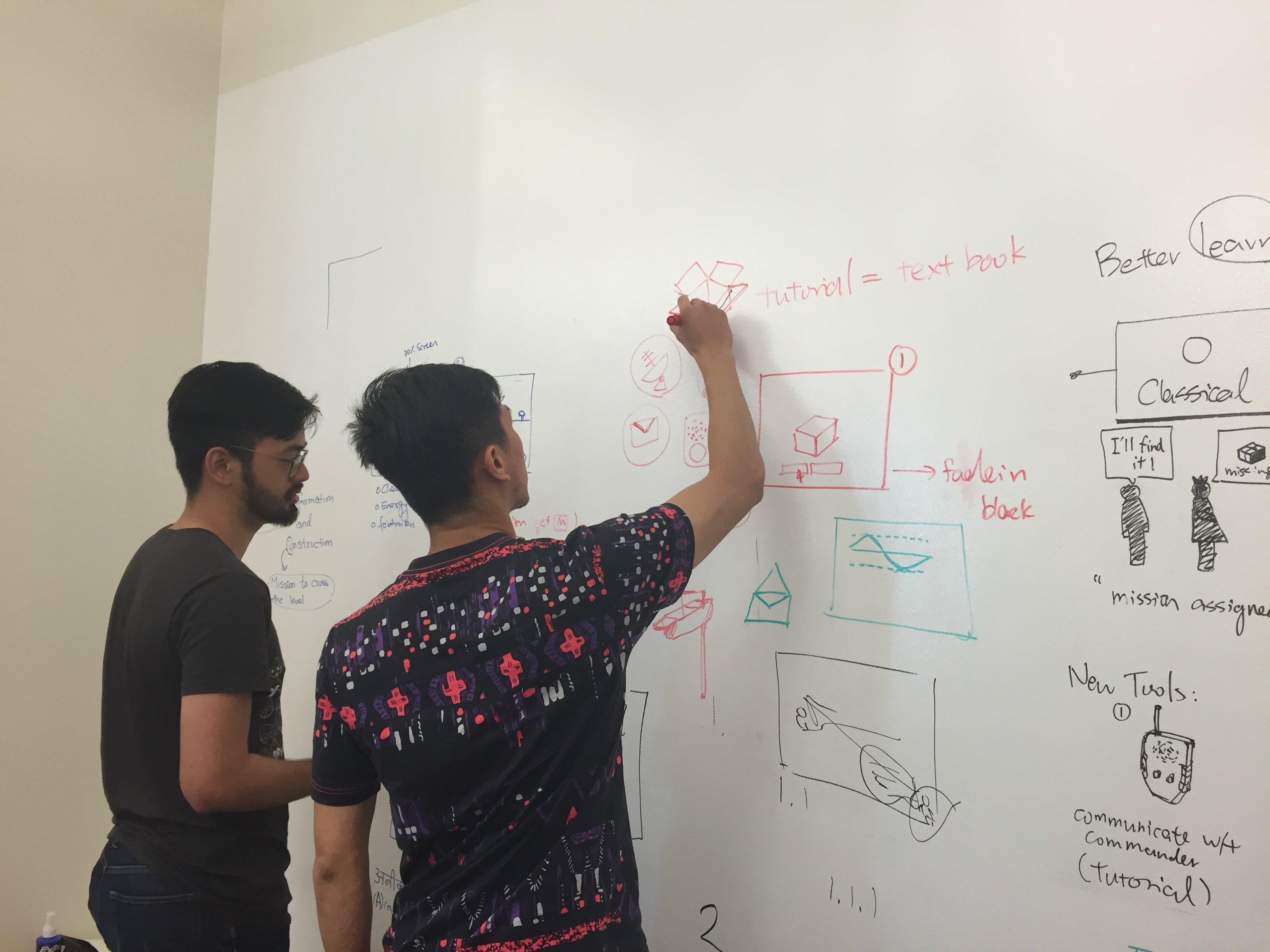 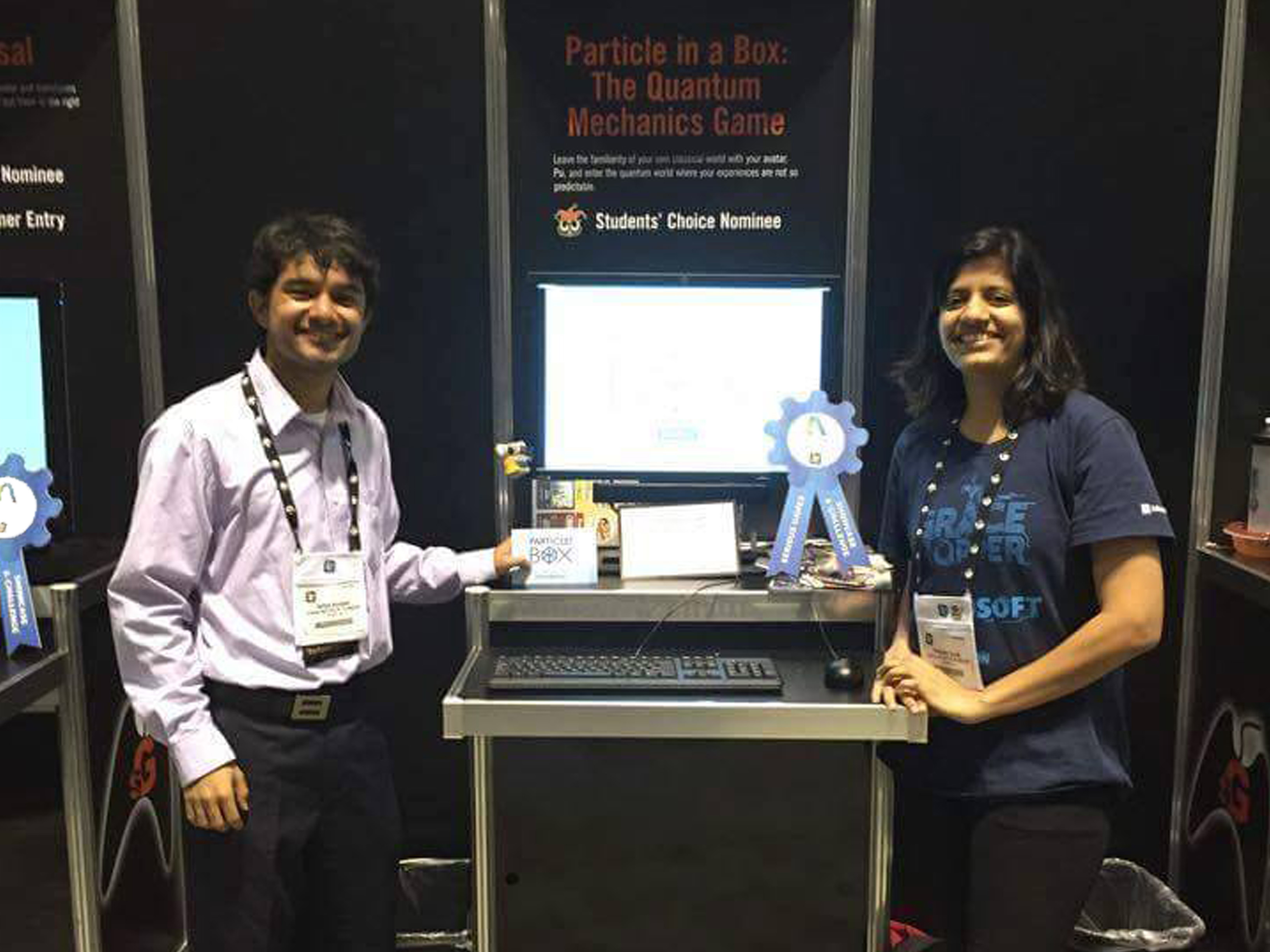 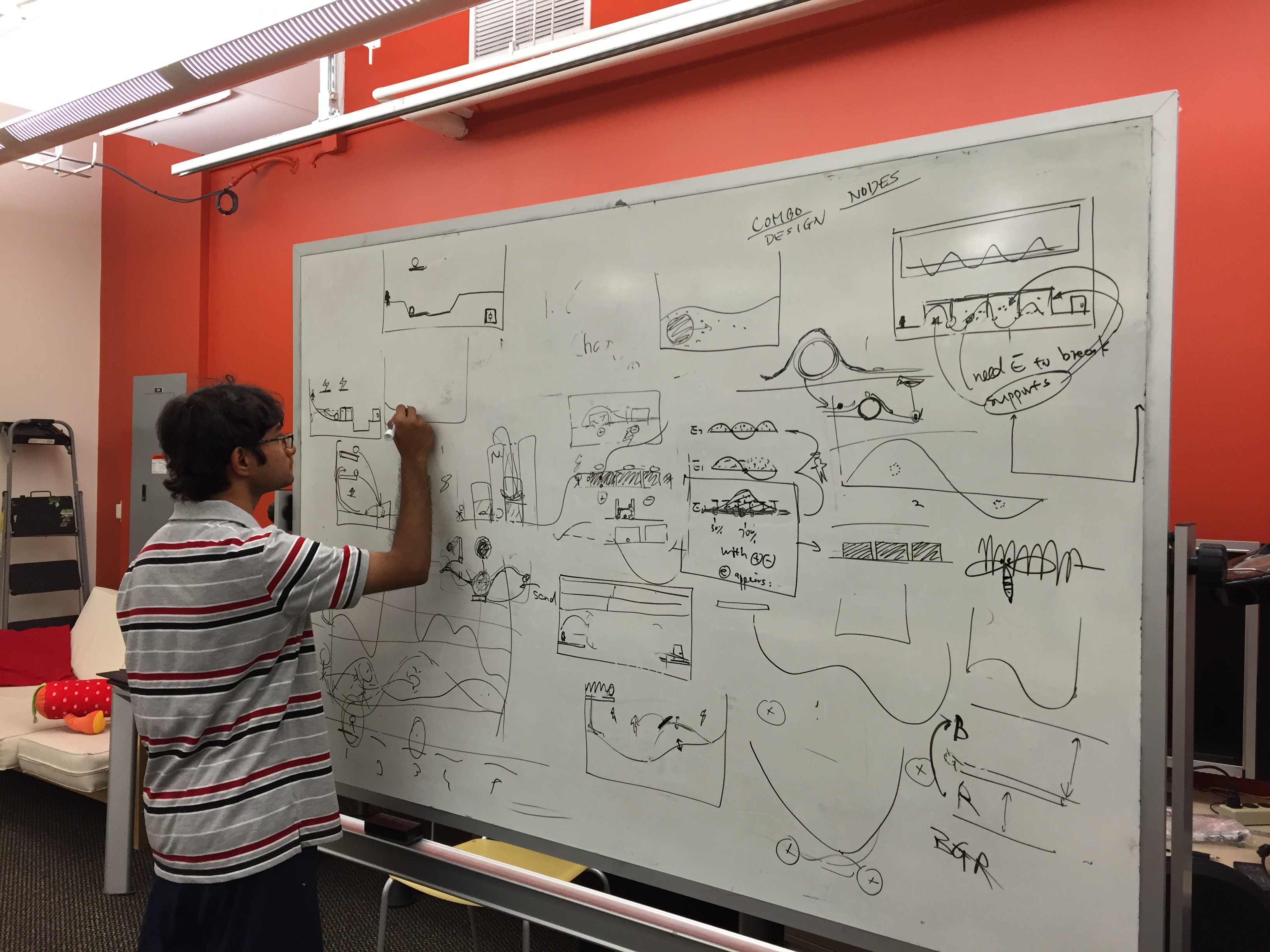 Abstract
Quantum mechanics (QMs) is a foundational subject in many science and engineering fields. It is difficult to teach, however, as it requires a fundamental revision of the assumptions and laws of classical physics and probability. Furthermore, introductory QM courses and texts predominantly focus on the mathematical formulations of the subject and lay less emphasis on its conceptual understanding. Consequently, students struggle to build robust mental models of the concepts. This paper posits that games can provide an effective platform for an experiential and conceptual understanding of introductory QM. Games are particularly suitable for demonstrating QM characteristics because their repetitive nature is conducive to demonstrating probability concepts that form a core part of QM. Games can also immerse students in an engaging environment that motivates them to learn. This paper presents the design and evaluation of a digital game for learning introductory QM concepts. The evaluation of the game indicates an improvement in students' conceptual understanding of probability. Students also reported an increase in comfort level with key concepts taught in the game.

Abstract
Quantum Mechanics (QM) is the foundation for science and engineering disciplines as diverse as physics, materials science, chemistry, and nanotechnology. However, educators face major challenges in teaching QM concepts to students given the abstract and non-experiential nature of QM. To address the above challenges we are creating and evaluating a virtual environment governed by the laws of quantum mechanics as a way to engage alternative ways of teaching and learning QM.

Abstract
Work in Progress: The theory of Quantum Mechanics (QM) provides a foundation for many fields of science and engineering; however, its abstract nature and technical difficulty make QM a challenging subject for students to approach and grasp. This is partly because complex mathematical concepts involved in QM are difficult to visualize for students and the existing visualization are minimal and limited. We propose that many of these concepts can be communicated and experienced through interactive visualizations and games, drawing on the strengths and affordances of digital media. A game environment can make QM concepts more accessible and understandable by immersing students in nano-sized worlds governed by unique QM rules. Furthermore, replayability of games allows students to experience the probabilistic nature of QM concepts. In this paper, we present a game and a series of interactive visualizations that we are developing to provide students with an experiential environment to learn quantum mechanics. We will discuss how these visualizations and games can enable students to experiment with QM concepts, compare QM with classical physics, and get accustomed to the often counterintuitive laws of QM.